Home
>
Visit the Museum
>
Our Story

Our story begins with William Henry Woods, affectionately known by the locals as “Granddad.” A Civil War veteran, he settled in Fort Calhoun in the late 1800’s and began collecting and displaying artifacts he excavated on and around his property. Woods excavated many pre-historic fossils and Native American tools from hills and gullies of Fort Calhoun. Story has it that he would pay local children a dime to bring him treasures.

He scoured the site of old Fort Atkinson, home to the Sixth Infantry from 1819-1827, and the largest military post of its day, unearthing military buttons, buckles, locks, hooks, horseshoes, plows and other relics of early military life. It was a dream of Mr. Woods to have a museum preserving the memory of Fort Atkinson and the early pioneers and settlers of Washington County. Until that dream would be actualized, Wood’s home served as the first museum.

In 1919, a centennial celebration was held to commemorate the founding of Fort Atkinson.  The community raised funds to produce an event that included parades, floats, re-enactments, speeches and Native American displays. Grandad Woods led the parade down the main street on a horse, wearing his Civil War uniform.

$1,000 was left over after all expenses of the celebration were paid, and this money was used to seed the founding of the Washington County Historical Society.  In 1925, the organization filed for incorporation with the stated purpose “to perpetuate the memory and history of Fort Atkinson, a frontier fort established in the year of 1819…..also to preserve for future generations the history of Washington County, Nebraska and vicinity….”

Grandad Woods was made an honorary member of the organization, but passed away two years later at the age of 87.  Many of the founding members of the Society were pioneers and early settlers of Washington County, including Henry Rohwer (the first president), Fred Frahm, Katie Beales, Dora Klindt, and Cara Clark.

In 1937, the organization purchased the former Fort Calhoun State Bank Building on the main street of town.  This bank had closed during the depression, and it would now be transformed into a permanent home for the many artifacts from Fort Atkinson and the county. A dedication ceremony was held in February of 1937, with Mrs. May Lazure, the Program Chair, giving the Introduction.  Dr. A.E. Sheldon, the Director of the Nebraska State Historical Society gave the dedication speech, and over 300 people viewed artifacts from Fort Atkinson and the early pioneers of the county.  Over the ensuing years, many of these early supporters served on the board of the Historical Association, including both Mr. & Mrs. Lazure.  Additions would be made to the original bank building, allowing room for expansion.  But after almost 100 years, we are still in the same building and committed to preserving and bringing to life the rich and interesting history of Washington County.

“Thousands of men breathe, move and live; pass off the stage of life and are heard of no more.  Why? Because they did not a particle of good in the world and none were blessed by them.  Not a word they spoke nor a line they wrote could be recalled. Their light went out in darkness.  But not so with our pioneer ancestors. It is to honor them…..the memories of their deeds of self-sacrifice and devotion. Their ideals, which are our inheritance, will inculcate self-reliance and patriotism in the children of the future – for they should realize the courage that subdued the wilderness, and lest we forget, this heritage of the past is a sacred trust to our generation.” 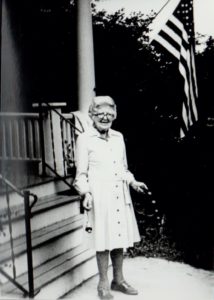 One of the most notable figures in the early efforts to preserve the history of Fort Atkinson was Edith Neale.  Born east of Fort Calhoun in 1891, she was the daughter of Washington County pioneers, David and Alice Brain Neale, who came from England in 1856. Edith was well-educated, passionate and articulate.  She was an educator, researcher and writer. Much of her research and writing focused upon Lewis and Clark, The Missouri River, Fort Calhoun and Washington County.  She devoted much of her life’s work to the study and preservation of Fort Atkinson, and had many of her writings published in various magazines and newspapers.

Edith was instrumental in creating a drive to raise money to purchase the site of the old Fort.  After the site was abandoned by the military in 1827, it fell into disrepair. Over the years it went into private hands and was cultivated as farmland.  Her vision was to obtain the land, excavate and re-create the fort as either a National or State Park.  In 1961, she led a community effort to raise the necessary funds, and formed the Fort Atkinson Foundation for that purpose.  A major fund-raising campaign was launched, and after raising $38,500, the State of Nebraska matched it with another $38,500 and excavation began.  The site today has been re-created and operates as a State Historical Park by the Nebraska Game & Parks Commission.  It is the vision and fortitude of Edith Neale that made this dream reality.

Edith’s love of nature inspired her to donate 120 acres to the Fontanelle Forest Association, now called Neale Woods. This stretch of land is meant to memorialize the Neale family who settled in the area in 1856. It provides an opportunity for people, young and old to view land as it was when the Neale family first saw it.  Along with her involvement with the Fort Atkinson Foundation, Edith served on the board for Fontanelle Forest and the Washington County Museum. Ms. Neale also served as Director of the Washington County Museum until 1976. Her memory is cherished by all. 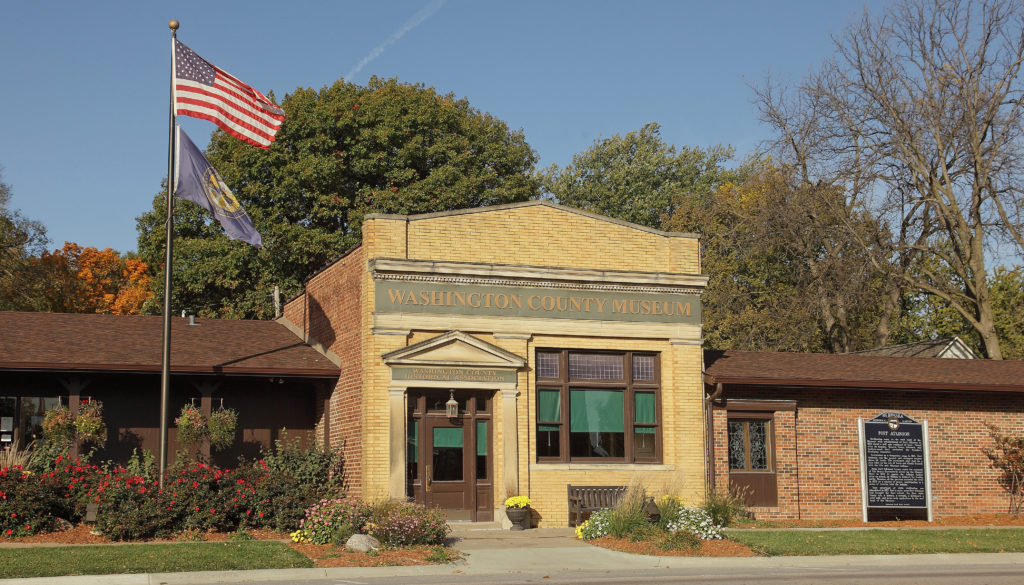 Who We Are Today

Today, the Washington County Museum strives to be the keeper of our county’s history.  We endeavor to bring the stories of our past to life in new and engaging ways, through exhibits about the First Council meeting between Lewis & Clark and the Otoe-Missouria tribes, relics of Fort Atkinson, archaeological finds, and stories of our pioneer families and the towns they built. We desire to preserve our family stories for future generations, and tell them in ways that engage and involve children and adults alike.

The Washington County Museum is governed by a volunteer board of directors.  It is staffed with a Curator and Executive Director.  We have an Educational Coordinator on staff to assist with programs that can supplement your school curriculum, and engage your children.  Feel free to contact any of us to help you research your family history, arrange a school tour, or to discuss how you can partner with us as we bring YOUR stories to life.

Board of Director meetings are held the third Tuesday of the month at 4:30 pm at the museum. Meetings are open to the public and are governed by the Open Meeting Act.  The next meeting Agenda may be viewed by clicking HERE

Minutes of past board meetings are available for public viewing at the museum.  Most recent board meeting minutes are viewable by CLICKING HERE.